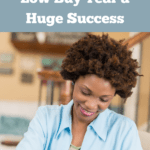 It’s been one whole year of shopping less, combating clutter, and cutting costs. The low buy year results for Q4 are in!

If you’re new to this series and would prefer to read along in chronological order, head to the Low Buy page or bottom of this post to find the entire series. You’ll find how-tos, tips, and all my 2021 quarterly updates there.

Why and How I Started a Low-Buy Challenge

At the onset of my low-buy challenge, I had a few different goals in mind. I knew I had a longer phase of unemployment on the horizon following a round of redundancies at my company. So my number one objective was, logically, to clamp down on spending fast.  At the same time though, I simply wanted to introduce a greater sense of minimalism at home, use what I have, and purge stuff.

Way back in 2014 I had downsized my flat and gotten rid of about one-third of my household. Despite this, things had really started piling up again in recent years. My shopping habits for my wardrobe in particular had escalated. I wouldn’t say they were out of control or that I had a shopping addiction, but I definitely had a tendency to browse and shop when I was feeling lonely or restless.

The first thing I did before embarking on a low buy year was to review my budget and really assess my spending habits. Based on this, I was able to create practical rules for a low buy year, and decide on what to stop buying. As I progressed further into the low-buy game, I not only decluttered 465 items from my home, but also mapped out an easy framework to stop buying stuff you don’t need (or never wear).

Getting the low buy year results you really want to see means you need to set measurable goals. Doing the above spending assessment with earnest intent and defining rules that work for you are the keys to success.

As mentioned in previous posts, taking away from yourself the little things you most enjoy can set you up for failure. I feel really off if I don’t get a manicure every two or so weeks. During my low buy year, I made no attempt whatsoever to cut my nail salon costs. It would have been futile. So to keep my regular nail appointments, I cut back on other things which had less value to me, such as subscriptions I rarely used.

My biggest spending areas prior to going low-buy had boiled down to fashion, going out, travel, and beauty products. Travel costs had already been nixed since early 2020 thanks to Corona, so I didn’t have to make any adjustments there. In the end, the rules I worked with all throughout 2021 boiled down to:

The fourth quarter of 2021 went pretty much according to plan. I stayed on track for the most part, and am happy with my low buy year results overall.

As autumn was upon us and the new variant started to rapidly spread, I was no longer out and about much, and didn’t go on any more dates. This meant it was super easy to stick to my eating out rule. I only spent €38 on a couple of meals outside in October, €17 in November and €0 in December. Prior to going low-buy, I had easily spent about €100 per week and far more when I was travelling.

In the beauty department, I also stuck to my rules and only purchased a few refills of things I needed such as my Caudelíe cashmere face cream and Frownies (possibly the greatest beauty invention of all time if you ask me). I also had to pick up the usual toothpaste, mouthwash, deodorant and conditioner refills, but I stayed pretty much clear of new fads and I did not purchase any makeup except for a refill of my Benefit High Brow pencil.

I’m also super happy to be finishing the year off with one remaining voucher from my favourite online store, Luisaviaroma, which I still haven’t used. It doesn’t expire until June so I’m looking forward to getting myself something nice from my forbidden realm of fashion, perhaps for the start of spring.

Per the usual, some unexpected expenses cropped up again this past quarter. For example, I had known since August that I will need to have another nasal laser procedure so I can breathe better. Much like in August, that ran me €180 plus some trivial costs for additional nasal salves and sprays post-operation.

I went to Paris for a spontaneous short trip in late November. While I did not have to pay anything at all for my hotel (I used up some free nights which were going to expire at year’s end), I had not budgeted for the flight. It wasn’t too expensive, ultimately, but still not ideal in my current situation of ongoing unemployment. I don’t regret it, however. The trip not only did me well, but it also really proved how much I’ve changed over the past year.

I used to always be a tour de force when it came to shopping in Paris, leaving a whirlwind trail of receipts behind me all over the 1st arrondissement. All I bought this time was a new tube of Embryolisse, and a refill of my CC cream from Erborian. Both are staples I use daily, and they were more inexpensive there compared to back home. I looked at other things, I browsed a bit, I even fought the crowds at Galeries Lafayette on Haussmann. But there was nothing I needed and it didn’t feel good anymore. I really do feel satiated in terms of wanting and shopping.

In the clothing arena, I’m ashamed to admit I broke my rule twice. Once for new jeans, and once for a dress. Fortunately, these items were inexpensive (both on sale at €17 and €69, respectively). I also understand what had led me to shop: I was severely down and trying to make myself feel better.  To be fair, the jeans were a replacement for an ill-fitting pair I had sorted out the day before, and the stunning dress normally would have cost €400.

I got a call in early November to come and fetch a bespoke item I had been waiting on for over a year and a half. I had ordered it back in February 2020. While I was dying for it to arrive, I was sort of glad it was taking them so long to make it due to the pandemic. I secretly hoped it would not arrive until after I have a new job. Alas. It was not something one could simply say no to. Fortunately though, I had set aside the purchase price back when I ordered it. So while it did put quite a dent in my wallet, it was an expenditure I had known all year long could crop up.

All in all, my low buy year results were positive. Plus, I was able to really understand what triggers my spending. That’s probably half the battle when going low-buy! The challenge was not difficult thanks to good preparations. In such, I have decided to continue on this low buy journey for a second year in a row.

I’ve actually really enjoyed being more selective with my purchases and I’ve grown more appreciative of the things I have. It’s also been motivating to see how I’ve gained a bit more space in cabinets, closets, and drawers as I continue decluttering and Swedish death cleaning in parallel to low-buying. It’s true that you start to focus more on sustainability, experiences, and good value instead of just amassing stuff or trying to escape from life’s frustrations.

Plus I am really starting to value how wonderful it is to live with less. Doing a low buy year results in lighter living. That doesn’t just mean you have more money in your account. You also have less stuff to maintain, clean, and insure!

Have you done a low buy challenge before, or are you doing one this year? Leave us a comment below and share your experience!

This site uses Akismet to reduce spam. Learn how your comment data is processed.

8 Things to Do With Unwanted Presents 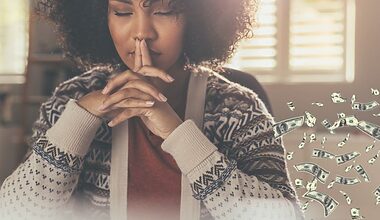 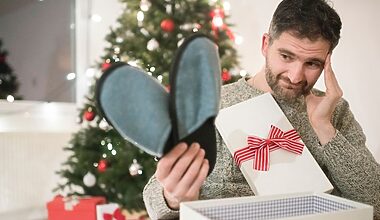 Read More
MMinimalist Money
So you got a gift over the holidays or for your birthday, and you hate it? Don't banish it to the back of your closet! Here's what you can do with unwanted presents—without causing any awkward feelings.

Read More
MMinimalist Money
Last Updated on 05/05/2022 Around 5% of the overall population is addicted to shopping in OECD countries, and… 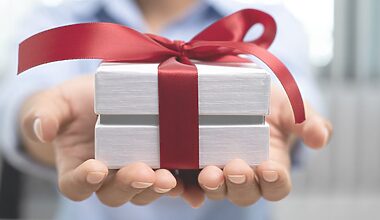 Read More
MMinimalist Money
It's hard shopping for minimalists, and it can be equally tricky receiving gifts as a minimalist. This post explores how you can navigate both scenarios with ease. 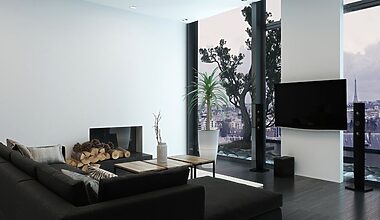 Read More
MMinimalist Money
As a condo owner, you need to have a maintenance plan to protect your investment. This article will help you understand what should be on your plan, and how to budget for it. 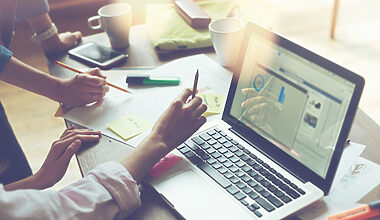 Read More
MMinimalist Money
Last Updated on 20/10/2022 Heading towards the new year, you might find yourself toying with the idea of…

I'm a neat freak. I also love stuff. Tidymalism is devoted to navigating a middle ground between minimalism and maximalism with style. Lighter living, home organisation, decluttering, smart spending, and managing life alone as a single professional: welcome to Tidymalism.

This website uses cookies to improve your experience while you navigate through the website. Out of these, the cookies that are categorized as necessary are stored on your browser as they are essential for the working of basic functionalities of the website. We also use third-party cookies that help us analyze and understand how you use this website. These cookies will be stored in your browser only with your consent. You also have the option to opt-out of these cookies. But opting out of some of these cookies may affect your browsing experience.
Necessary Always Enabled
Necessary cookies are absolutely essential for the website to function properly. These cookies ensure basic functionalities and security features of the website, anonymously.
Functional
Functional cookies help to perform certain functionalities like sharing the content of the website on social media platforms, collect feedbacks, and other third-party features.
Performance
Performance cookies are used to understand and analyze the key performance indexes of the website which helps in delivering a better user experience for the visitors.
Analytics
Analytical cookies are used to understand how visitors interact with the website. These cookies help provide information on metrics the number of visitors, bounce rate, traffic source, etc.
Advertisement
Advertisement cookies are used to provide visitors with relevant ads and marketing campaigns. These cookies track visitors across websites and collect information to provide customized ads.
Others
Other uncategorized cookies are those that are being analyzed and have not been classified into a category as yet.
SAVE & ACCEPT